2022 wasn’t quite exciting for Bitcoin investors across the world as the world’s largest9999 cryptocurrency plummeted by over 60% in one of the most brutal market crashes in the history of crypto.

However, the Bitcoin blockchain network still managed to hit a few key milestones in terms of transaction value during 2022. During the last year, a staggering $8.2 trillion in value was transferred over the Bitcoin blockchain. As per the data shared by crypto analytics firm CoinMetrics, this data turns out to be $260,000 per second. 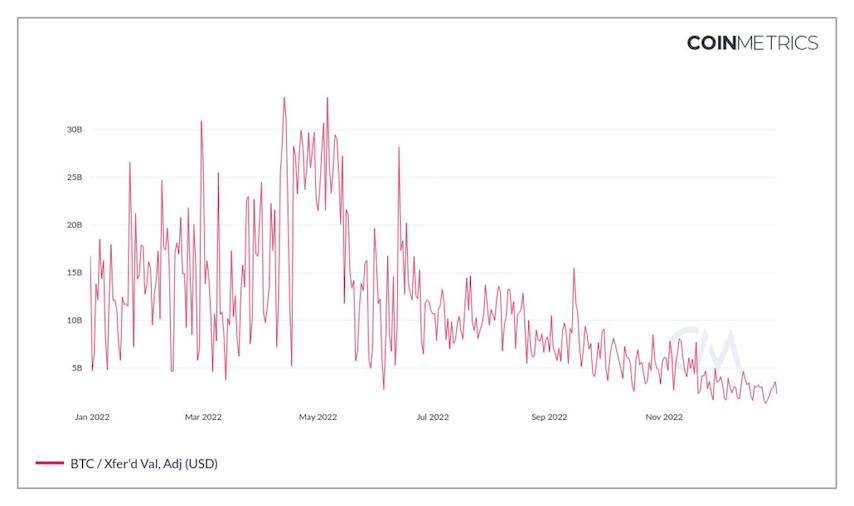 This was specifically the time when the cryptocurrency market witnessed some of the biggest bankruptcies in the history of the crypto market. It all started with the fall of the Terra ecosystem in May which triggered the downfall of popular crypto lenders like Voyager and Celsius.

Furthermore, the crypto market faced a double-whammy in November with the collapse of the crypto exchange FTX which resulted in massive withdrawals and drying up of liquidity from the market. This had a direct impact on investor participation in the market which went downhill and as a result, Bitcoin transactions also tanked significantly.

Despite all the hurdles in place, the world’s largest crypto Bitcoin managed to outperform two of the largest payments processing networks – VISA and Mastercard. During the last year of 2022, VISA processed less than $6 trillion in total value while than of Mastercard was $2.5 trillion.

No spam, no lies, only insights. You can unsubscribe at any time.

The world’s largest crypto Bitcoin (BTC) has had a good start to the year 2023 so far jumping more than 33% this month. However, Bitcoin still continues to face the macro challenges of higher inflation and uncertainty with the Federal Reserve Monetary policy.

Crypto News Flash does not endorse and is not responsible for or liable for any content, accuracy, quality, advertising, products, or other materials on this page. Readers should do their own research before taking any actions related to cryptocurrencies. Crypto News Flash is not responsible, directly or indirectly, for any damage or loss caused or alleged to be caused by or in connection with the use of or reliance on any content, goods, or services mentioned.